Exactly What Does This Charge Mean?

The first thing you need to know about this crime, is the legal definition in Massachusetts of assault and battery. Most people think that "assaulting" someone means hitting, or striking, them. Not so. Generally speaking, "assault" consists of a threat of some type of violence, not the actual bodily contact itself. A "battery" refers to the actual physical contact of another person without his or her consent. No actual physical harm has to result for an assault & battery charge to be filed. Police Officers don't need this to occur in order to make an arrest. As long as the alleged threat (the assault) is followed by some physical action, such as attempting to push someone -- this can be enough for police officers to make an arrest. The relevant statute in Massachusetts is Massachusetts General Laws, Chapter 265. Essentially, this statute states that a person who is found guilty of assault or assault and battery on an individual shall be punished by imprisonment for a maximum of 2 1/2 years in a County Jail/House of Correction or forced to pay a fine of $1,000 or less.

Assault and battery charges can be filed either as a misdemeanor, or as a felony offense. The difference between the two is very severe, principally turning on the punishment involved. Misdemeanor convictions are punishable by incarceration in a County Jail/House of Correction, typically for a maximum of 2 ½ years. Felony convictions are punishable by imprisonment in a state prison for generally more than 2 ½ years. Far worse, a County Jail/House of Correction houses generally low to middle-level offenders; not career criminals or violent offenders. State prison is very much the opposite, and the general environment is very severe. Determining whether misdemeanor or felony assault and battery charges are filed in a given case, depends on several factors, including the scope and severity of injuries involved, as well as whether any weapons were used. 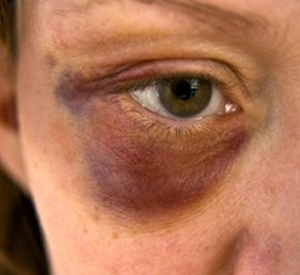 Very generally, there are various legal defenses to a charge of assault and battery; whether one or more will be appropriate and effective will depend on the facts presented. These legal defenses can include:

Assault and Battery, in whatever specific form it is charged, whether with a Dangerous Weapon or not, is a very serious charge in Massachusetts, and it is absolutely not a case that you can resolve on your own without tremendous risks. Regardless of whether the "weapon" is a foot or a gun, you are facing the same serious potential consequences. If charged with this crime, you are facing a substantial risk of serious time in a state prison facility.

Make The Right Choice For Your Assault And Battery Defense Attorney

Do not take chances. If you have been arrested or are being investigated by police and think that an assault charge may be filed against you soon, call us at Ph.: (781) 320-0062, or at Ph.: (617) 285-3600, or email us here for a free initial consultation to learn what your legal options are, and how we can help you. You should also click on the "Free Arrest Tip Sheet" display button on the left side of this page, to receive a FREE document listing the most important action steps you need to take if you have either been arrested, or are facing an arrest. This FREE, valuable document will help you to begin to take charge of your situation. Whatever the specific circumstances of the assault charge involved, we make sure that all our clients' legal rights are fiercely defended.

We know how to defend these cases. We know how to negotiate the charges down with the District Attorney, when the facts present this possibility, and we know how to exploit the weaknesses in the prosecution's case. Depending upon the particular facts of your case, there may be motions that we can file to suppress certain evidence, or get the charges altogether dismissed. Regardless, you are advised not to talk to anyone about your case until you've retained the services of a qualified Massachusetts criminal defense lawyer.

If you're facing these kinds of charges, things are already bad enough. Take control of this situation, or it will take control of you. Call us at Ph.: (781) 320-0062, or Ph.: (617) 285-3600, and we'll provide you with a free initial consultation. Or click here for a free consultation. I will personally review the police reports involved, review your version of the incident, and I'll give you my frank opinion regarding your best legal options. I'll tell you upfront what the weak or strong points are in the prosecution's case against you, and I'll tell you how we can help you. I will do all this as part of a free initial consultation for 20-30 minutes, and you'll be under no obligation from there. You have nothing to lose, and everything to gain, by calling us. The sooner we can stand in front of you as your attorneys, the better off you are going to be. Our firm has tried many Assault and Battery, as well as Assault and Battery With a Dangerous Weapon (ABDW) cases. Whatever the severity of the specific assault and battery charge, we will make sure your rights are protected.

We appear before all District and Superior Courts in Eastern Massachusetts.

Contact Us
Free Arrest
Tip SheetClick to Download
Practice Areas
Assault and Battery
Client Reviews
★★★★★
When I was arrested for DUI, I was absolutely terrified. Had it not been for you, I might have been convicted of something I was not at all guilty of. My work life, my family life, my reputation, all could have been destroyed. You stood by me like the legal version of a bodyguard - and because of you, I was found not guilty. G.M.
★★★★★
When we got the call that our son had been arrested and charged with rape, we almost fainted. We know our son. He is not violent; he has never abused anyone, let alone another girl… If not for you and your "take no prisoners" attitude, our son might have been convicted of a crime that would have sent him to state prison. As far as we're concerned, our son owes you his life, and we owe you the world. We will never forget you. A.H. and P.H.
★★★★★
I hired Mr. William D. Kickham for a very important legal issue and I was extremely satisfied by the results. His in depth knowledge about the matter and his intelligent thinking was extremely beneficial. He is really an expert. He was also very supportive and sensitive towards my concerns. It was great to have a lawyer of his capacity. Thanks William for all the Help. N.G.
★★★★★
Atty. Kickham defended me on a charge of raping my girlfriend, who made up the whole story out of revenge because I was interested in someone else. If it weren’t for Attorney Kickham proving me innocent, God knows what might have happened to me. Z.B.
★★★★★
Mr. Kickham represented me on a trumped-up charge of domestic violence. The prosecutor and police wouldn’t back down, even after my spouse told them it was all untrue. They insisted on taking me to trial, and Mr. Kickham never wavered. He was my legal bodyguard, and I was found not guilty. M.B.
★★★★★
Of the many talents Atty. Kickham has, two are these: 1) He is ten times as persuasive as the best lawyer you’ve seen in the movies; and 2) Nothing - but nothing - gets by him. The police arrested me on completely false drug charges, and after a heated courtroom battle, Atty. Kickham won the day. Trust me, it was no surprise. D.C.
★★★★★
Because I mildly disciplined my child for throwing a tantrum, I was actually charged with child abuse. It was horrifying. Atty. Kickham fought for me tooth and nail, until I was declared not guilty. One hell of a lawyer. D.D.
★★★★★
I complimented a co-worker on her looks and patted her on the back as I did so. Two hours later, the police showed up and accused me of indecent assault & battery. From the day I hired him, Atty. Kickham fought the DA’s office until the charges were dropped. If not for him, my life would have been ruined. A.K.
Submit a Law Firm Client Review