Prosecutors and courts in Massachusetts do not treat drug offenses lightly. District Attorneys’ offices use every means at their disposal, state and federal laws combined, to prosecute these cases very aggressively.

If you or someone you know is being investigated for or is charged with a Massachusetts drug crime, that person is going to need to retain a talented and experienced Massachusetts drug crimes defense attorney – one who can demonstrate a proven track record of success in defending drug charges in Massachusetts. To choose an attorney who only handles these cases “now and again” is a foolish decision, and anyone who does so, or who chooses an attorney based upon the lowest fee possible, is inevitably going to be sorry. In the legal profession as in any profession, “you get what you pay for.”

If you have been arrested on a Massachusetts drug charge, you face a number of critical decisions to make. Above all, your first action should be to hire an experienced Boston, Massachusetts drug crimes defense lawyer. Call Attorney William D. Kickham at Ph.: 617-285-3600 or at Ph.: (781) 320-0062 immediately, or send us an email here for a free initial consultation. This first step is an extremely important one if you are facing charges right now, or if you think that you will be facing charges soon. The experience and skill level of the attorney you hire will have a direct effect on how much bail you will have to pay, how much of a jail sentence you may face, and whether your constitutional rights will be adequately protected throughout the legal process. It is an extremely important choice.

Regardless of the drug crime that you might be accused of, both the police and prosecutors are required to respect and adhere to the constitutional rights that you are entitled to under the law. We know how to explore legal weaknesses in the Commonwealth’s case against you, and we analyze every aspect surrounding your arrest for any possible legal flaws surrounding your arrest or detention. Often, various legal issues will arise as to the legality of the drug’s search and seizure, such as whether evidence was illegally obtained or whether probable cause existed for a search at all. We know how to utilize such information to aggressively defend your constitutional rights. Click here to see a list of the Proven Results we have produced for our clients.

Some Background on Drug Cases In Massachusetts:

Here are some examples of how serious the penalties for drug offenses can be in Massachusetts. Consider the following scenarios: 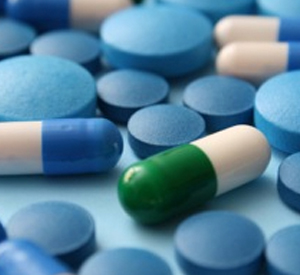 These are just a few examples of how easily a person can be arrested and end up in jail for fairly minor drug offenses in Massachusetts. Even more common, teenagers and college-age students typically experiment with marijuana and other relatively minor drugs. If charged and convicted, the resulting criminal record will follow them for the rest of their lives. On an immediate basis, it can even disqualify them for federal financial aid in college. Conviction of a charge like this is not something that should happen to a young person starting out in life.

Classifications of Controlled Substances In Massachusetts

If a person is found to be in possession of any of these controlled substances (with the exception of one ounce or less of marijuana,) severe criminal penalties can apply. Note: Any criminal charges for prescription drug violations presume that the defendant did not possess a valid prescription for the drug from a licensed physician.

Several different types of drug offenses exist in Massachusetts. A list of the more common drug offenses follows here: They are as follows:

The penalties and punishments for these crimes vary widely. If you click on any of the above drug offenses, you will be taken to a separate page that will discuss the law and penalties that apply to that particular offense.

If you have been arrested on a drug charge in Massachusetts, call us at Ph.: (781) 320-0062 or at Ph.: (617) 285-3600, or email us here for a free initial consultation. We appear before all District and Superior Courts in Eastern Massachusetts. We can provide you with the expert legal guidance, advice, and help that you need. Our Proven Results attest to our talent.

I’ve Been Arrested For One Of The Offenses listed above. What can you do to help me?

As with many drug cases, the first legal mechanism we typically employ on behalf of our clients charged with this type of crime is called a Motion To Suppress. These types of Motions are used to exclude evidence seized by the police in violation of certain constitutional rights you have. The police are prevented from bringing into evidence anything obtained in violation of your constitutional rights under the circumstances in which you were arrested. In sum, the objective is to get the evidence thrown out of court.

If the facts do not support a Motion To Suppress in a given situation, there are several other defenses available in drug cases. These commonly relate to who was in actual possession of the contraband (for example, if the drugs were found in a car with passengers, or in an apartment with more than one tenant). Prosecutors sometimes charge "Possession With Intent To Distribute," which is a more serious charge than mere Possession, when a person is arrested along with large quantities of drugs. When this happens, we can possibly reduce the formal charges to simple Possession.

We have effectively defended cases involving a wide range of drug-related offenses, including the following:

If you are arrested and charged with a drug offense in Massachusetts, it is critically important that you immediately contact an experienced Boston, Massachusetts drug defense lawyer, in order to secure all possible legal defenses that are available. Click here to see a list of our Proven Results.

Contact Us
Free Arrest
Tip SheetClick to Download
Practice Areas
Drug Offenses
Client Reviews
★★★★★
When I was arrested for DUI, I was absolutely terrified. Had it not been for you, I might have been convicted of something I was not at all guilty of. My work life, my family life, my reputation, all could have been destroyed. You stood by me like the legal version of a bodyguard - and because of you, I was found not guilty. G.M.
★★★★★
When we got the call that our son had been arrested and charged with rape, we almost fainted. We know our son. He is not violent; he has never abused anyone, let alone another girl… If not for you and your "take no prisoners" attitude, our son might have been convicted of a crime that would have sent him to state prison. As far as we're concerned, our son owes you his life, and we owe you the world. We will never forget you. A.H. and P.H.
★★★★★
I hired Mr. William D. Kickham for a very important legal issue and I was extremely satisfied by the results. His in depth knowledge about the matter and his intelligent thinking was extremely beneficial. He is really an expert. He was also very supportive and sensitive towards my concerns. It was great to have a lawyer of his capacity. Thanks William for all the Help. N.G.
★★★★★
Atty. Kickham defended me on a charge of raping my girlfriend, who made up the whole story out of revenge because I was interested in someone else. If it weren’t for Attorney Kickham proving me innocent, God knows what might have happened to me. Z.B.
★★★★★
Mr. Kickham represented me on a trumped-up charge of domestic violence. The prosecutor and police wouldn’t back down, even after my spouse told them it was all untrue. They insisted on taking me to trial, and Mr. Kickham never wavered. He was my legal bodyguard, and I was found not guilty. M.B.
★★★★★
Of the many talents Atty. Kickham has, two are these: 1) He is ten times as persuasive as the best lawyer you’ve seen in the movies; and 2) Nothing - but nothing - gets by him. The police arrested me on completely false drug charges, and after a heated courtroom battle, Atty. Kickham won the day. Trust me, it was no surprise. D.C.
★★★★★
Because I mildly disciplined my child for throwing a tantrum, I was actually charged with child abuse. It was horrifying. Atty. Kickham fought for me tooth and nail, until I was declared not guilty. One hell of a lawyer. D.D.
★★★★★
I complimented a co-worker on her looks and patted her on the back as I did so. Two hours later, the police showed up and accused me of indecent assault & battery. From the day I hired him, Atty. Kickham fought the DA’s office until the charges were dropped. If not for him, my life would have been ruined. A.K.
Submit a Law Firm Client Review