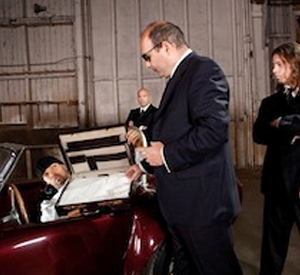 Drug Trafficking is a specific drug offense in this state, and is governed by Massachusetts General Laws Chapter 94C Section 32E. The charge is often brought in conjunction with Massachusetts drug possession charges when an individual has been found by police to be in possession of either a large quantity of a controlled substance or other illegal drug or chemical. These substances can include heroin, cocaine, opium, morphine, amphetamines, and prescription drugs, to name a few. Drug trafficking charges are also brought when an individual has been found to be in possession of materials or supplies that are known as “drug distribution paraphernalia”: Such paraphernalia includes items and materials such as weighing scales, small plastic bags, large amounts of cash, envelopes and packaging materials, etc.

This charge is brought by prosecutors when the facts surrounding the arrest indicate an intent by the defendant to distribute or traffic the controlled substance on a large scale. Not surprisingly, police like to land "bigger busts" and as a result are often overeager when trying to land "trafficking" cases. This is often seen in the typical "sting" operation, which police often use to make drug trafficking arrests. Often, an undercover police officer buys a small quantity of contraband from his target. After several small purchases, he tells the seller that he can "move" a larger quantity of the substance.

A Massachusetts drug trafficking charge is much more serious than “straight possession” alone, when the facts surrounding the arrest usually indicate that the drugs confiscated were meant for personal use only. Prosecutors approach drug trafficking charges much more aggressively. Even more serious, many drug trafficking sentences carry very severe mandatory minimum sentencing requirements, at both the state and federal level. “Mandatory minimum sentencing” means that the judge in the case has either very little to no discretion involved if a guilty verdict is returned by a jury: The judge must impose the minimum sentence required by the law – he or she cannot reduce or avoid it. These severe penalties for Massachusetts drug trafficking make choosing the right Massachusetts drug crimes attorney to represent you, a critical decision. If you hire an attorney who doesn’t have extensive experience in defending these types of cases, you will very likely regret it. These cases require expert skills, and years of success in defending these charges.

If you or someone you care about has been arrested or is being investigated for Massachusetts drug trafficking charges, call our office at Ph.: (781) 320-0062, or at Ph.: (617) 285-3600, or email us here for a free initial consultation. We can provide you with the expert legal guidance and help that you need right now. You’re going to need a Massachusetts Drug Trafficking Lawyer who knows from years of successful experience exactly what defense strategies will work to protect you. Depending on the facts, it may be possible to have the case dismissed due to a violation of your constitutional rights. Sometimes, drug trafficking charges are brought due to inappropriate police conduct. Regardless of the details, we will work with the District Attorney’s office involved to document and justify why a trafficking charge was brought and not drug possession only. If successful, we may be able to have the charges either reduced or possibly dismissed entirely.

The penalties for drug trafficking in Massachusetts are severe. As we said above, the crime of drug trafficking, and the penalties for it, are governed by Massachusetts General Laws Chapter 94C Section 32E. While that statute itemizes the penalties for trafficking in a variety of different controlled substances, listed below are the penalties associated with convictions involving the three most common controlled substances: Cocaine, Heroin and large amounts of marijuana. Remember: For the prosecution to secure a conviction of drug trafficking, it must prove beyond a reasonable doubt that all of the required legal elements of a “straight” drug possession charge, and it must be proven that the defendant was either in possession of a certain minimum amount of illegal drugs, or that the defendant possessed certain drug distribution paraphernalia, as described above. Below are the penalties that apply when a defendant is charged with trafficking in specific quantities of Heroin, Cocaine, and large amounts of Marijuana:

Penalties For Heroin Trafficking In Massachusetts:

Penalties For Cocaine Trafficking In Massachusetts:

Penalties For Marijuana Trafficking In Massachusetts:

NOTE: As explained elsewhere on my this website, there is a major difference between a sentence to a House of Correction (which is a County Jail,) and a state prison: A House of Correction/County Jail houses inmates who are found guilty of more minor offenses. The inmates are not known to be especially violent offenders or career criminals, and the atmosphere within County Jails is not generally known to expose inmates to severe conditions. This is not so with state prisons. They are meant for very violent offenders and career criminals, and the environment within them is extremely severe.

Make The Right Choice In Hiring An Attorney:

If you or someone you know is being charged with a Massachusetts drug trafficking crime, that person is going to need to hire a talented and experienced Massachusetts drug crimes defense attorney – one who can demonstrate a proven track record of success in defending drug trafficking charges in Massachusetts. Whatever you do, do not hire a lawyer that defends these cases “occasionally” – that would not be a smart move. Also, do not select a lawyer by “shopping” for the lowest legal fee possible. That will likely land you with a very inexperienced attorney, and you probably won’t get a superior legal result. What’s true with every other profession is true with the legal profession: “You get what you pay for.”

Don’t make a critical mistake. While our fees aren’t among the lowest, our talent is among the highest. We know how to aggressively defend Massachusetts drug trafficking charges, and we know how to protect you. Call us 24 hours a day, seven days a week at Ph.: (781) 320-0062, or at Ph.: (617) 285-3600, or contact us online here for a free initial consultation and we’d be glad to let you know what your legal options are, and how we can help you.

Westwood and Boston, Massachusetts criminal defense lawyer William D. Kickham has appeared as a legal analyst on a variety of respected media, including Court TV, Fox News TV-25/Boston, The Boston Herald, WBZ-AM Radio 1030, WCVB-TV5/Boston, Nightside With Dan Rea, Greater Boston With Emily Rooney, Money Matters Radio/Boston, and The Metro Newspaper/ Boston. Attorney William D. Kickham is turned to by respected reporters and media organizations in Massachusetts as an authoritative expert in the field of criminal defense law, and the case results he produces for his clients attest to this. Call us today at Ph.: (781) 320-0062, or Ph.: (617) 285-3600, to arrange for a free initial consultation of your case. If the matter is not an emergency, you can email us here for a free initial consult and we will respond to you very promptly.