"Kidnapping" is a word that usually conjures up images of the famous Lindbergh Baby Kidnapping (a famous kidnapping story from the early 1920’s, where the infant son of Charles Lindbergh was kidnapped and held for ransom) or the Patty Hearst kidnapping from the mid-1970’s, where the daughter of publishing magnate Randolph Hearst was held for political ransom. Failing reality, however, a Hollywood movie (for some strange reason usually starring Harrison Ford or Mel Gibson,) usually fills in the formulaic plot. In other words, kidnapping is usually envisioned as a situation where someone has been forcibly abducted, and held for some type of ransom.

In the real world, such a situation is not very common. Instead, “kidnapping” is usually a crime that is committed simultaneously along with other accompanying crimes. When this occurs, kidnapping is sometimes legally referred to as an “inchoate crime,” or a collateral crime. Legally speaking, for a “kidnapping” to occur, the use of force, the threat of force, coercion, duress, or some type of fraud must be present. “Coercion” and “duress” refer to some type of emotional pressure or threats of harm. While kidnapping may be commonly witnessed in cases where one person is seeking payment of money from a third party in exchange for the release of the victim, it can also take place to use a victim as a shield, or to demand the release of a prison convict from custody, or increasingly, to convey a political message.

Much more common in Massachusetts courts, however, are cases where a non-custodial parent either refuses to release custody of a child to the custodial parent after a scheduled visitation period, or when a non-custodial parent simply takes a child from the custodial parent (unconnected to a scheduled visitation.) These events revolve around cases of marital divorce and separation, and very frequently involve cases of domestic violence. While it is certainly true that perfect strangers can and do kidnap their victims, the majority of Massachusetts kidnapping prosecutions involve family members, dating partners, or acquaintances of some kind. The Federal Bureau of Investigation (FBI) estimates that over 200,000 cases of interstate kidnapping each year involve some type of family relative.

Another fact that may surprise you, is that, legally speaking, kidnapping also occurs when one (or more) person prevents another person from leaving a location, not just when a person is transported against his or her will from one location to another. As an example, if someone were to break into another’s residence, and prevent the homeowner or other occupants from leaving the dwelling, (but not transport them anywhere else) that would constitute kidnapping. 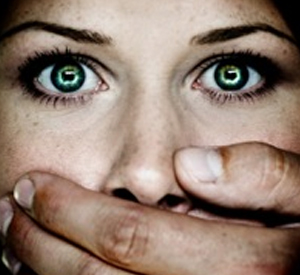 The punishments for a kidnapping conviction (including any plea that equates to a conviction) are several – there is not just one sentencing range or punishment. Instead, the penalties for this crime can escalate depending on the circumstances that surrounded the kidnapping, and can depend on a variety of factors. Here is a very short sampling of such circumstantial factors:

In Massachusetts, kidnapping is a felony. This means that any incarceration is served at a state prison – not a County jail or House of Correction (those facilities house inmates that are either awaiting trial, or have been convicted of sentences involving a maximum of 2 ½ years confinement.) The incarceration conditions and the types of inmates that are housed at state prison facilities are particularly severe. Incarceration following a conviction (and, as stated above, any plea that equates to a conviction,) can range from a minimum of two years to life in prison. Here are some examples:

The Law Office of William D. Kickham and Associates has years of successful experience in defending clients accused of kidnapping. If you are reading this page, it’s possible that either you or someone you know has been charged with a Massachusetts kidnapping, and you may be in the process of seeking a Massachusetts kidnapping defense attorney. If that is so, you or the person you know is at a critical stage. If the person who is accused chooses the wrong criminal defense attorney to defend him or her, very serious legal damage to that person could result. The legal consequences of choosing an inexperienced Boston/Dedham Massachusetts kidnapping defense attorney could result in that person being sentenced to prison, when prison time might otherwise be successfully avoided. If you are reading this page because either you or someone you care about has been accused of kidnapping in Massachusetts, call or contact us for a free consultation. We are experts in defending these cases, and we can provide you with the best legal guidance and direction available.

Contact Us
Free Arrest
Tip SheetClick to Download
Practice Areas
Kidnapping/Abduction
Client Reviews
★★★★★
When I was arrested for DUI, I was absolutely terrified. Had it not been for you, I might have been convicted of something I was not at all guilty of. My work life, my family life, my reputation, all could have been destroyed. You stood by me like the legal version of a bodyguard - and because of you, I was found not guilty. G.M.
★★★★★
When we got the call that our son had been arrested and charged with rape, we almost fainted. We know our son. He is not violent; he has never abused anyone, let alone another girl… If not for you and your "take no prisoners" attitude, our son might have been convicted of a crime that would have sent him to state prison. As far as we're concerned, our son owes you his life, and we owe you the world. We will never forget you. A.H. and P.H.
★★★★★
I hired Mr. William D. Kickham for a very important legal issue and I was extremely satisfied by the results. His in depth knowledge about the matter and his intelligent thinking was extremely beneficial. He is really an expert. He was also very supportive and sensitive towards my concerns. It was great to have a lawyer of his capacity. Thanks William for all the Help. N.G.
★★★★★
Atty. Kickham defended me on a charge of raping my girlfriend, who made up the whole story out of revenge because I was interested in someone else. If it weren’t for Attorney Kickham proving me innocent, God knows what might have happened to me. Z.B.
★★★★★
Mr. Kickham represented me on a trumped-up charge of domestic violence. The prosecutor and police wouldn’t back down, even after my spouse told them it was all untrue. They insisted on taking me to trial, and Mr. Kickham never wavered. He was my legal bodyguard, and I was found not guilty. M.B.
★★★★★
Of the many talents Atty. Kickham has, two are these: 1) He is ten times as persuasive as the best lawyer you’ve seen in the movies; and 2) Nothing - but nothing - gets by him. The police arrested me on completely false drug charges, and after a heated courtroom battle, Atty. Kickham won the day. Trust me, it was no surprise. D.C.
★★★★★
Because I mildly disciplined my child for throwing a tantrum, I was actually charged with child abuse. It was horrifying. Atty. Kickham fought for me tooth and nail, until I was declared not guilty. One hell of a lawyer. D.D.
★★★★★
I complimented a co-worker on her looks and patted her on the back as I did so. Two hours later, the police showed up and accused me of indecent assault & battery. From the day I hired him, Atty. Kickham fought the DA’s office until the charges were dropped. If not for him, my life would have been ruined. A.K.
Submit a Law Firm Client Review