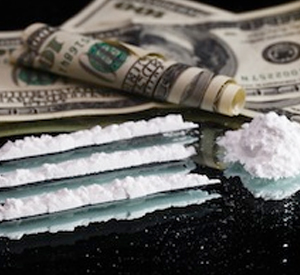 Massachusetts drug charges are dealt with very severely by the courts. If you face drug possession charges, your entire future can hinge on several factors, including the experience and expertise of the Massachusetts drug defense attorney who represents you, the circumstances surrounding your arrest, and whether or not you have any prior convictions. Let’s start with some basics concerning drug possession charges:

Note: If someone is charged with a prescription drug violation, it is presumed that the individual was not given a valid prescription for that drug by a licensed physician.

With any Massachusetts drug crime, it is not only the type of drug that is involved in the arrest, but the amount of the drugs that are seized, the circumstances surrounding the arrest, and other factors that are involved which will determine whether police will charge you with “drug possession” only, or with “Intent To Distribute Drugs” or “Drug Trafficking.”. For details on those separate Massachusetts drug charges, and the potential sentences that those offenses carry, click on those offenses above, or to see a longer list of Massachusetts drug offenses click that link in this sentence to be taken to our Drug Crimes Home Page.

As with any Massachusetts crime, the offense of drug possession is defined by statute, and requires a defendant to have had direct control of a drug or chemical substance that is contained within one of the above five classes of drugs. In order for the prosecution to successfully convict someone on any Massachusetts drug charge, it must first be proven that the defendant intentionally and knowingly possessed a controlled substance belonging to one of the 5 drug classifications itemized above. If the defendant did not knowingly and intentionally possess the substance, such as if the drugs were planted on him or her without his or her knowledge, then this required element for a conviction is missing.

An exception to the above penalties exists for what the Massachusetts Legislature considers the most serious of the above controlled substances - Heroin, and the least serious – Marijuana: Punishments for possession of those two substances are as follows:

Possession of this Class A controlled substance is punishable by a jail sentence in a House of Correction/County Jail for a maximum of two years and/or a maximum fine of $2,000.00. As with the first offense penalties for other Class A substances, the defendant’s driver’s license will be ordered suspended for a minimum time period of one year. A second conviction of heroin possession is much more severe: A second offense carries a state prison sentence of at least 2 ½ years but not greater than 5 years, or by a maximum fine of $5,000.00, and a sentence of up to 2 ½ years in a House of Correction/County Jail. Note: As other sections of this web site make clear, there is a major difference between a sentence to a House of Correction/County Jail, and a state prison sentence. A County Jail houses minor offenders, usually not violent inmates or career criminals. State prisons in Massachusetts are meant for violent offenders and repeat inmates. The environment of these two types of correctional facilities is very different.

Massachusetts law considers marijuana to be the least offensive or harmful of the controlled substances in the five classes listed at the top of this page. A citizen’s ballot initiative a few years ago also made clear the public’s view of “pot”: Drop the criminal penalties.

Because of this new law, possessing one ounce or less of marijuana is no longer a criminal offense in Massachusetts – it is now categorized as a civil offense, similar to a Massachusetts traffic violation. If a person who is age 18 years or older is found by police to possess marijuana in an amount of one ounce or less, that person can now only be assessed a civil fine of $100.00. The law also states that the individual must surrender the marijuana to the police. (We won’t speculate here what happens to the pot from that point on, but we think you might get the drift.) Other than this maximum fine, a person found in possession of once ounce or less of marijuana faces no additional criminal or civil punishment in Massachusetts. If the person found in possession of an ounce or less of pot is under age 18, the law states that in addition to the civil fine of $100.00, the person receiving the civil citation will be ordered to complete a drug awareness program, and the police department that issues the civil citation will notify in writing the parents or legal guardians of the minor who was cited.

In general, passage of this law was one of the most positive changes in Massachusetts drug laws to take place in decades. It has spared numerous people needless and groundless harassment and the trauma and expense of being arrested, and allowed police and law enforcement to concentrate on far more serious and violent crimes.

However, that new law dealt only with marijuana amounts of one ounce or less. Possession of amounts greater than one ounce remains punishable by a sentence in a House of Correction/County Jail for a maximum of six months and/or a maximum fine of $500.00. Technically, a defendant convicted under this statute could also lose his Massachusetts driver’s license for a minimum of one year.

Why Hire the Law Office of Attorney William D. Kickham To Defend My Drug Possession Charge?

If you or someone you know is being investigated for or is charged with a Massachusetts drug possession crime, that person is going to need to retain a talented and experienced Massachusetts drug crimes defense attorney – one who can demonstrate a proven track record of success in defending drug possession charges in Massachusetts. Whatever you do, you should not hire an attorney that handles these cases only “occasionally” – that would be very unwise. Also, to select a lawyer by “shopping” for the lowest legal fee possible, is probably going to land you with a very inexperienced attorney, and the results that you get will reflect that. The legal profession is like other professions: “You get what you pay for.”

Don’t make that kind of mistake. While our fees aren’t among the lowest, our talent is among the highest. We know how to aggressively defend Massachusetts drug possession charges, and we can protect you from Day One. Call us 24 hours a day, seven days a week at Ph.: (781) 320-0062, or at Ph.: (617) 285-3600, or contact us online here for a free initial consultation and we’d be glad to let you know what your legal options are, and what we can do for you.

Westwood and Boston, Massachusetts criminal defense lawyer William D. Kickham has appeared as a legal analyst on a variety of respected media, including Court TV, Fox News TV-25/Boston, The Boston Herald, WBZ-AM Radio 1030, WCVB-TV5/Boston, Nightside With Dan Rea, Greater Boston With Emily Rooney, Money Matters Radio/Boston, and The Metro Newspaper/ Boston. Attorney William D. Kickham is turned to by respected reporters and media organizations in Massachusetts as an authoritative expert in the field of criminal defense law, and the case results he produces for his clients attest to this. Call us today at office number (781) 320-0062, or Atty. Kickham’s cell phone number at (617) 285-3600, to arrange for a free initial consultation of your case. If the matter is not an emergency, you can email us here for a free initial consult and we will respond to you very promptly.