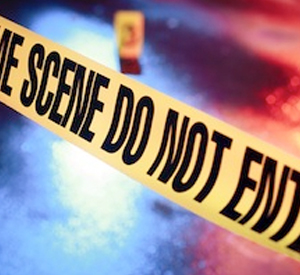 Even though they are governed by the same statute, by Massachusetts General Laws Chapter 265 Section 13, Involuntary manslaughter is quite different from Voluntary Manslaughter. Involuntary Manslaughter is defined as: 1) An unlawful killing that was unintentionally caused as the result of wanton or reckless conduct that a defendant engaged in; or 2) An unlawful killing that resulted during the commission of a dangerous battery by a defendant. In the legal context, “unintentionally” means that while the defendant did intend to commit the act that ultimately caused the death of the victim, the defendant did not intend to actually cause the death itself. “Unlawful” means there was no legal justification for the defendant’s actions. “Legal justification” is a situational fact or facts that would render conduct that would normally be criminal under the law, into non-criminal conduct. Perhaps the easiest example of a legal justification is self-defense, or the defense of another.

What is “wanton or reckless conduct”? Generally, it is conduct which creates a high degree of likelihood that substantial harm will result to another person. Some examples include operating a car or motor vehicle in a reckless manner (“chicken” racing,) operating a car while intoxicated, playing Russian roulette, as well as selling heroin. Driving a car negligently or irresponsibly (as opposed to wantonly or recklessly) won’t normally constitute manslaughter, but it can constitute motor vehicle homicide.

Involuntary manslaughter occurring during the commission of a battery takes place when the “touching” or contact by the defendant is so violent that serious and substantial harm is likely to result. It is some type of act that is obviously extremely dangerous, such that the defendant committing the battery knew or reasonably should have known would endanger human life. The best example is to think of someone striking someone in the chest or head with a club or baseball bat.)

In order to obtain a conviction of Involuntary Manslaughter, the prosecution must prove, beyond a reasonable doubt, the following legal elements:

Penalties For Conviction Of Involuntary Manslaughter

A defendant convicted of Involuntary Manslaughter faces imprisonment of up to 20 years in state prison. Note: State prison is not the same as a County Jail or a House of Correction, where more minor convicts are incarcerated. State prison is a much more severe environment. (Trust us, not a place you want to go.)

If you or someone you care about has been charged with Involuntary Manslaughter in Massachusetts, click on the “Free Arrest Tip Sheet” display button on this page, or just click here. We will send you a FREE document listing the most important action steps that you need to take if you have either already been arrested, or if you are concerned that you may be arrested soon. This FREE, valuable document will help you to begin to take charge of this difficult situation.

Talent and Expertise Make The Difference

Charges like this are extremely serious. If you are convicted of Involuntary Manslaughter, you face up to 20 years in state prison. With this kind of drastic punishment in the picture, you need to secure the best legal talent that you can. Not all criminal defense lawyers are created equal. Not every criminal lawyer knows the technical differences and nuances between the crimes of Involuntary Manslaughter, Voluntary Manslaughter, and Second Degree Murder.  It requires an extremely experienced Massachusetts Involuntary Manslaughter defense lawyer to know how to successfully defend these cases. Call us at Ph.: (781) 320-0062, or Ph.: (617) 285-3600, and we’ll provide you with a free initial consultation. Or click here for a free consultation. Our defense team will tell you in plain English what the weak and strong points are in the prosecution’s case against you. We will do all this as part of a free initial consultation for 20-30 minutes.