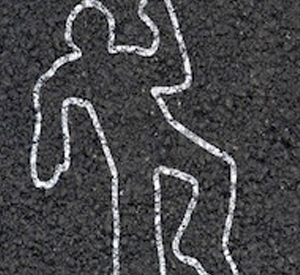 As with first degree murder, this crime is defined by statute: Massachusetts General Laws Chapter 265, Section 1. That legal definition of Murder In the Second Degree is:

“Any murder that is not first degree murder. More specifically, second degree murder includes (1) An unlawful killing that was committed 2) With malice aforethought but without deliberate premeditation; or (3) A murder that was committed in the course of committing a felony not punishable by death or life in prison.” The last of these (3) is known as second degree felony murder, and is discussed further below.

Unlike first-degree murder, which is defined by statute, the requisite elements of second degree murder are defined by case law. "Case law" is law that has been distilled from prior decisions of Massachusetts' courts; it's otherwise known as "common law" or "decisional law." In Massachusetts, murder in the second degree includes homicides committed with malice aforethought. “Malice aforethought” is a legal term, and it originates from common law. In the context of a charge of second degree murder, malice aforethought can include any intent to inflict a serious bodily injury, where there is no legal justification for doing so. As with first degree murder, "malice" equates to an intent to act in a manner that a reasonable person would know is likely to cause death or serious bodily injury. The malice element that applies in a Massachusetts Second Degree Murder charge does not require an intent on the part of the defendant to cause death – only “serious bodily injury.”

As to what a “legal justification” is, it is some situational fact or facts that would render conduct that would normally be considered criminal under the law, into non-criminal conduct. Perhaps the easiest example of a legal justification is self-defense, or defense of another. Malice aforethought means that the defendant had an intent to seriously hurt the victim, without any legal justification.

For a homicide to qualify as second degree felony murder, the same requirements apply as do for first degree murder. However, the separation point between these two crimes and charges is that, for a second degree felony murder conviction to result, the underlying felony must be one that is inherently dangerous or that shows a conscious disregard for human life, but carry a penalty of less than death or a life sentence. As an example, burglaries or car thefts such as Larceny of A Motor Vehicle would fall under this category.

Penalties for a Conviction of Second Degree Murder Or Felony Murder

If you or someone you care about has been charged with Second Degree Murder in Massachusetts, click on the “Free Arrest Tip Sheet” display button on this page, or just click here. You will receive a FREE document listing the most important action steps that you need to take if you have either already been arrested, or if you feel that you may be arrested soon. This FREE, valuable document will help you to begin to take charge of your situation.

If you or someone you know is facing a charge of second degree murder in Massachusetts, you’re going to need the best legal talent you can find.Call us at Ph.: (781) 320-0062, or Ph.: (617) 285-3600, and we’ll provide you with a free initial consultation. Or click here for a free consultation. Our defense team will tell you upfront what the weak and strong points are in the commonwealth’s case against you. We will do all this as part of a free initial consultation for 20-30 minutes. Start here to make this situation better than it is now.