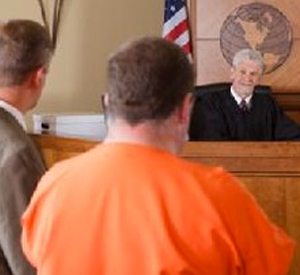 Massachusetts Drunk Driving/OUI penalties are among the strictest in the nation. This is due in large measure to the increased penalties and new, stiffer requirements created by Melanie’s Law in a variety of areas dealing with operating under the influence, including: Increased penalties for refusing a breathalyzer or blood test, entirely new and expanded OUI offenses , and creation of a state-wide Ignition Interlock Device System Law, required for OUI defendants who are convicted or plead guilty to two or more Massachusetts OUI offenses. Ignition Interlock Devices require an operator to blow into a dash-mounted breathalyzer unit, which will prevent the engine from starting if the breathalyzer measures blood alcohol content (BAC) of .02 or more.

Once you begin reading below of the various Massachusetts OUI offenses that currently exist, you will see that the penalties for each offense increase, based on whether or not a defendant has a prior OUI offense in Massachusetts. Relative to this point, you should take note that Massachusetts OUI sentencing law now incorporates a "lifetime look back" provision, which means that the court is allowed to consider any previous Massachusetts OUI convictions at sentencing. A “conviction” for this purpose, includes any final disposition reflecting a plea of “Continued Without A Finding” (otherwise known as a “CWOF”.) This means that any Massachusetts OUI/DUI conviction that you might have received in the 1980’s (or even ‘70’s), which at the time you may not have thought to be very serious, can come back to haunt you if you are sentenced now: Any conviction you receive today, may be counted as and considered as a second offense, or moving up the ladder, potentially a 3rd offense, and on.

However, where a conviction of a first offense is more than ten years old, it is possible that our office may be able to negotiate a sentence that reflects a first offense “24D” alternative disposition. If you have one prior conviction for Massachusetts OUI/DUI contact our office for a free initial consultation. We can advise you whether the facts of our case create the possibility of “24D” alternative sentencing options.

FIRST OFFENSE UNDER THE AGE OF 21:SECOND OFFENSE OUI:

Note with second offenses: If a prior offense is more than 10 years old, our office may, depending on the circumstances, be able to negotiate a sentence that reflects a first offense “24D” Alternative Disposition. At the discretion of the trial judge, this is sometimes available once “once in a lifetime”, for second offenders whose conviction on a prior OUI offense is more than ten years old. Even when this option becomes available, a defendant will still be required to install and maintain an Ignition Interlock Device on his vehicle during the period of any hardship license that might be granted under the “24D” program. No guarantees here, but based on the individual case facts, we may be able to secure this alternative sentencing option.

If you have been arrested or are facing any Massachusetts OUI/DUI charge, whether for a first offense or subsequent, Contact us for a free consultation. We are extremely experienced in defending these cases, and we can advise you as to what you best legal options are.

In addition to the above-listed offenses and penalties, the Massachusetts Legislature created entirely new offenses in January 2006, with the enactment of Melanie’s Law. Among these new offenses were the following. Click on each numbered item below to learn more details about these new laws and penalties:

1. Employing A Person With A Suspended License To Operate A Motor Vehicle

This relatively new law makes it a crime for anyone to employ or hire another person to operate a motor vehicle, when that person’s driver’s license has been suspended. While the penalty for first offenders is limited to a fine of five hundred dollars ($500.00), second and subsequent offenders face up to one year of incarceration in a House of Correction, together with a fine of up to one thousand dollars ($1,000.00.)

2. Permitting Another Person To Operate Your Vehicle Knowing That Person Is Unlicensed

This law renders it a crime for a person to knowingly allow an unlicensed person, or a person whose driver’s license has been previously suspended or revoked, to operate his (the “lender’s”) own vehicle. Punishment for a conviction of this offense is a fine of five hundred dollars ($500.00,) and incarceration of up to 1 year in a House of Correction. Convictions for second and subsequent offenses carry much stiffer penalties: Up to 2 ½ years in jail, and fines of up to one thousand dollars ($1,000.00.)

3. Allowing A Person Who Has Been Ordered To Install An Ignition Interlocking Device In His/Her Vehicle, To Operate Your Vehicle

This law provides serious criminal penalties for anyone who permits another person who has been ordered to install an Ignition Interlocking Device (IID) in his/her own vehicle, to operate another vehicle not equipped with this type of device. Defendants convicted of a first offense face up to one year incarceration in a House of Correction, together with a fine of five hundred dollars ($500.00.) Second and subsequent offenders face 2 ½ years in a House of Correction and a fine of one thousand dollars ($1,000.00.)

4. Operating Under The Influence With A Child Under Age of 14 In The Vehicle:

This law created a new crime for a person to operate a motor vehicle while under the influence (OUI/DUI) while a child fourteen years old or younger is in the vehicle. Defendants convicted of a first offense face anywhere from 90 days to 2 ½ years’ incarceration in a House of Correction. There is also a fine of one thousand ($1,000.00) to five thousand dollars ($5,000.00,) and defendants convicted of a first offense lose their driver’s license for one year. Things get much more serious the second time around: Defendants convicted of a second or subsequent offense will face a mandatory minimum sentence of six months in a House of Correction. Additionally, second and subsequent offenders will lose their Massachusetts driver’s license for three years.

5. Operating Under The Influence After A License Suspension For Prior OUI Offense:

This law is aimed at multiple OUI/DUI offenders who are caught driving under the influence, after their license has been previously suspended or revoked for a prior OUI offense(s). A defendant convicted of this offense faces a mandatory minimum sentence of one year, and a maximum of 2 ½ years in a House of Correction. Fines range from two thousand five hundred dollars ($2,500.00) to five thousand dollars ($5,000.00.) In addition, defendants convicted of this offense will also lose their driver’s license for one year.

6. New offense of Manslaughter While Operating A Motor Vehicle.

This law created an entirely new criminal penalty for causing the death of another person while operating under the influence of alcohol. This crime is separate and apart from the charge of motor vehicle homicide, (which may or may not occur due to a driver operating under the influence of alcohol,) and provides for much harsher penalties. The penalty for anyone convicted of this offense is a mandatory minimum sentence of five years, and up to a maximum of 20 years, in state prison. Fines ranging to $25,000.00 are also imposed, and the convict’s driver’s license will be suspended by the Registry of Motor Vehicles for a minimum of 15 years, up to lifetime revocation.

Melanie's Law specifically empowers a District Attorney to petition the court for forfeiture of a defendant's vehicle, following a fourth or subsequent OUI/DUI conviction or guilty plea. And they will.

FOR MORE DETAILED INFORMATION ON EACH OF THE ABOVE NEW LAWS, PLEASE SEE OUR MELANIE’S LAW PAGE

If you have been arrested or charged with any of the above-listed offenses, contact our office for a free initial consultation. We are extremely experienced in defending against these new Massachusetts OUI/DUI offenses, and we can advise you as to the best legal course of action to take.

Concerning Breathalyzer tests, blood alcohol tests, and Roadside Sobriety Tests, there are a variety of new laws and penalties that you need to be aware of. Click on any of those links in this paragraph, to be taken to our Blood Alcohol Content (“BAC”) Standards & Penalties.

We know how to very effectively defend these cases, we’ve been doing it for years, and we have the successful track record to prove it. We don’t just defend you – we rescue you. Call or contact our office for a FREE INITIAL CONSULTATION. Don’t skimp on the Boston Massachusetts OUI attorney that you hire – make your choice of attorney on the basis of experience and results – not cost. The right choice is worth the expense.