Indecent Assault & Battery On A Person Over Age 14 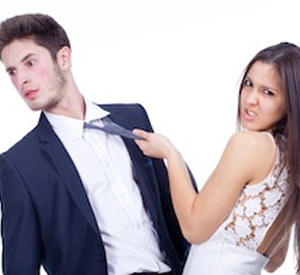 This act is made a criminal offense by Massachusetts General Laws Chapter 265 Section 13H. The actions that constitutes this offense are very similar to the crime of Indecent Assault and Battery on a Person Under 14: An indecent assault and battery is defined as an intentional and unjustified physical contact with a person’s genital area (“private area,”) including, but not limited to, the breasts, thighs, buttocks, abdomen or pubic areas of a female or the genital or pubic areas or buttocks of a male. Exactly what constitutes a “private area” is determined in the overall setting in which the touching or physical contact occurred.

While the precise term of “indecent” has not been defined by the Massachusetts legislature, the courts have nonetheless developed a broadly accepted definition. Massachusetts courts have ruled that “indecency” is to be defined by “contemporary moral values and common understanding and practices.” This essentially means than an indecent assault and battery is any type of physical contact that a reasonable person would consider offensive or immoral. It is very important to remember that this offense can be charged, whether the body area contacted was clothed or unclothed. The offense can also occur if unconsented-to contact is made with a non-sexual area of the body, such as a person’s mouth. One Massachusetts case holds that, under certain circumstances, inserting one’s tongue into another’s mouth constitutes an indecent assault and battery.

In order for a person to be convicted of indecent assault and battery on a child fourteen years of age or older, the prosecution must prove the following legal elements of the crime, beyond a reasonable doubt:

A defendant who is convicted of this crime can be sentenced to as much as 5 years in a state prison or up to 2 ½ years in a House of Correction/ County Jail. However, the punishments increase from there, if certain circumstances were also present during the offense:

If the defendant was aware that the victim was mentally challenged or intellectually lacking in any way, the punishment increases to a mandatory minimum state prison sentence of 5 years, with the possibility of as many as 10 years if the circumstances warrant.

If a defendant is convicted a second time of this specific offense (i.e., against a victim who is mentally challenged,) the mandatory minimum sentence increases to 10 years - in state prison.

If the defendant is convicted of committing this offense against a person with a disability, or against an elderly person, a judge can sentence the defendant to as many as 10 years in state prison, or to a maximum of 2 ½ years in a House of Correction/ County Jail.

If a defendant is convicted a second time involving a victim who is disabled or elderly, the mandatory minimum sentence is increased to 10 years - in state prison. Two important notes: 1) “Mandatory Minimum” means what it says: Upon a conviction, a judge has no choice but to impose that mandatory minimum sentence. Mercy plays no role in sentencing. 2) State prison, and a County Jail/House of Correction are not the same thing: State prisons house largely violent criminals and repeat offenders. Trust us, it is not a place you want to end up in.

If you have been arrested for or charged with this offense, it is critically important to retain an experienced and successful Massachusetts Sex Crimes defense attorney such as Attorney William D. Kickham. If you're facing this kind of legal crisis, things are bad enough already. If you don’t take control of this situation, it will take control of you. Call us at Ph.: (781) 320-0062, or Ph.: (617) 285-3600, and we’ll provide you with a free initial consultation. Or click here for a free consultation.I will personally review the police reports involved, review the facts as you recount them to me, and I'll give you my direct opinion of what your best legal options are. I'll tell you upfront what are the weak or strong points in the prosecution’s case against you, and I’ll tell you how we can help you. I will do all this as part of a free initial consultation, and you’ll be under no obligation from there. You have nothing to lose, and everything to gain, by calling us. The sooner we can stand in front of you as your attorneys, the better off you are going to be.

We appear before all District and Superior Courts in Eastern Massachusetts.