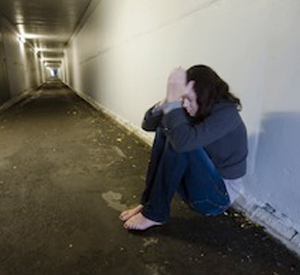 To address some definitions, very briefly, in Massachusetts rape is a felony offense, articulated in Massachusetts General Laws Chapter 265 Section 22(b). Generally speaking, before any defendant charged with this crime can be convicted, there are two elements to the crime that the Commonwealth (the District Attorney) is required to prove, to a standard of beyond a reasonable doubt:

Not surprisingly, the issue of consent is almost always a centrally disputed factual issue in the majority of rape cases. When this is the case, the defendant's actions are judged by an 'objective' standard. This means that if a jury determines that the defendant reasonably possessed a good faith belief that the alleged victim was consenting, he cannot legally be found guilty of rape.

Importantly, whether or not a defendant and the alleged victim were married, dating, or in a relationship will not preclude a charge, or a potential conviction, of rape or unnatural sexual intercourse.

Don't Make a Mistake In Your Choice of Attorney

If you or someone you care about is facing a charge of rape or sexual assault in Massachusetts, you probably have a hundred questions to ask. contact us for a free consultation. We can help you decide what, legally, you need to do. Anyone charged with rape in Massachusetts, or any other sex offense, is going to need the best legal defense that can be secured. Do not engage in "guessing games" or choose a defense lawyer lightly here: These type of criminal charges demand an attorney that is expert-level qualified, and who has defended these cases successfully for many years. If you're facing these kinds of charges, you're at a critical decision point. Make the wrong choice of attorney, and you may find yourself in prison for something you may not be legally guilty of. Don't take chances here. Contact us for a free initial consultation. We can help you realize what your legal options are; what your chances for success are, and we can also guide you to mental health services if treatment is appropriate.

If you're in this kind of a legal crisis, things are already bad enough. Take control of this situation, or it will take control of you. contact us for a free consultation. We can provide you with the best, most aggressive legal defense possible.

Contact Us
Free Arrest
Tip SheetClick to Download
Practice Areas
Rape & Sexual Assault
Client Reviews
★★★★★
When I was arrested for DUI, I was absolutely terrified. Had it not been for you, I might have been convicted of something I was not at all guilty of. My work life, my family life, my reputation, all could have been destroyed. You stood by me like the legal version of a bodyguard - and because of you, I was found not guilty. G.M.
★★★★★
When we got the call that our son had been arrested and charged with rape, we almost fainted. We know our son. He is not violent; he has never abused anyone, let alone another girl… If not for you and your "take no prisoners" attitude, our son might have been convicted of a crime that would have sent him to state prison. As far as we're concerned, our son owes you his life, and we owe you the world. We will never forget you. A.H. and P.H.
★★★★★
I hired Mr. William D. Kickham for a very important legal issue and I was extremely satisfied by the results. His in depth knowledge about the matter and his intelligent thinking was extremely beneficial. He is really an expert. He was also very supportive and sensitive towards my concerns. It was great to have a lawyer of his capacity. Thanks William for all the Help. N.G.
★★★★★
Atty. Kickham defended me on a charge of raping my girlfriend, who made up the whole story out of revenge because I was interested in someone else. If it weren’t for Attorney Kickham proving me innocent, God knows what might have happened to me. Z.B.
★★★★★
Mr. Kickham represented me on a trumped-up charge of domestic violence. The prosecutor and police wouldn’t back down, even after my spouse told them it was all untrue. They insisted on taking me to trial, and Mr. Kickham never wavered. He was my legal bodyguard, and I was found not guilty. M.B.
★★★★★
Of the many talents Atty. Kickham has, two are these: 1) He is ten times as persuasive as the best lawyer you’ve seen in the movies; and 2) Nothing - but nothing - gets by him. The police arrested me on completely false drug charges, and after a heated courtroom battle, Atty. Kickham won the day. Trust me, it was no surprise. D.C.
★★★★★
Because I mildly disciplined my child for throwing a tantrum, I was actually charged with child abuse. It was horrifying. Atty. Kickham fought for me tooth and nail, until I was declared not guilty. One hell of a lawyer. D.D.
★★★★★
I complimented a co-worker on her looks and patted her on the back as I did so. Two hours later, the police showed up and accused me of indecent assault & battery. From the day I hired him, Atty. Kickham fought the DA’s office until the charges were dropped. If not for him, my life would have been ruined. A.K.
Submit a Law Firm Client Review